A slight diversion from the norm today – a post about hair! Someone suggested I do this and if I think it goes down well perhaps I’ll do more.
First of all, I promise this is what I say it is – five hairstyles taken from an average working week that, once my hair’s been washed and dried, take around 5 minutes to execute. On a bad day when nothing goes right up to 10.  I work a long way from home, as a manager in an office, and have 30 mins+ of walking in the elements on my way in. I also have long, naturally kinky and frizzy hair that looks a darn mess worn down without styling. So to look professional and keep a style in tact all day, usually I wear it up.
So here is a week of quick, somewhat neat hairstyles that are usually worn with a side helping of pencil skirt 😉
Monday 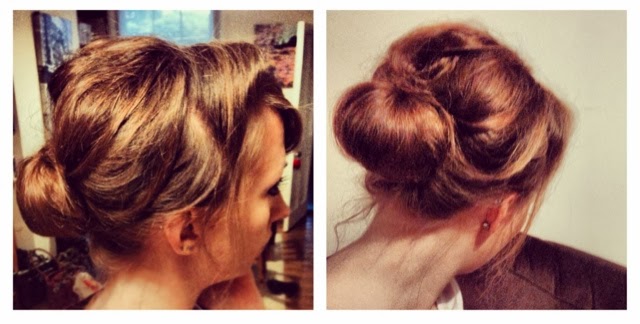 smooth bun + volume
This looks neat and smart but is actually one of the easiest styles here. It’s all about folding a ponytail into a loop and pinning that loop to your head, then fanning it out and pinning into place to make it rounded like this.
Tuesday 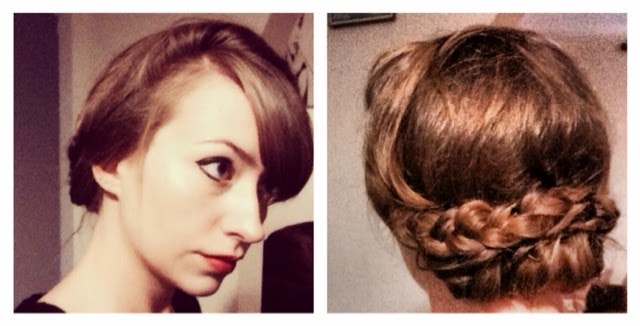 hair roll with plait row
This is unbelievably simple but slightly fiddly if the roll doesn’t hold firmly straight away. I could explain this, but this blogger has done it far better! I think it’s got a hint of 40s, personally.
Wednesday 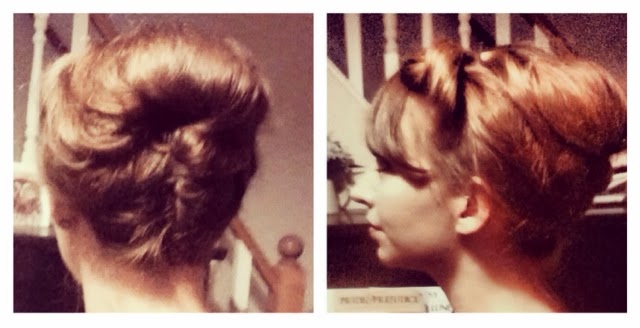 half French twist, half mini beehive
I think of this as one of my more 60s inspired styles, grown up styles! It was inspired by Mad Men’s Joan and it’s the only one here that is somewhat uniquely my own creation. You split the hair in half, French twist the bottom section and tuck and pin excess hair under the twist. The top half is back combed and rolled in under itself in a big loop, then pinned into submission! It looks rubbish right up until the last pins.
Thursday 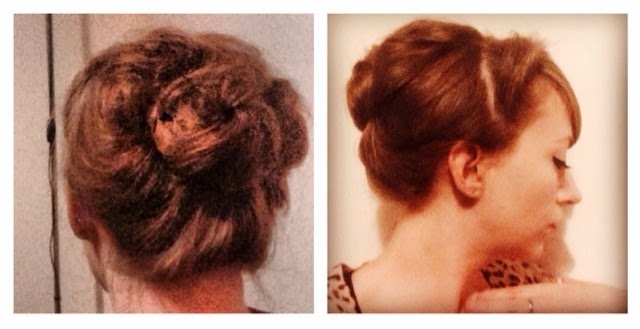 pouffy bun
This is the emergency style because it’s the fastest here – and on this Thursday I had overslept because my iPhone decided to take a break from being an alarm clock. Everyone knows how to do a bun, but the trick here is to give it some extra softness and height, by teasing hair out of a ponytail and then pinning the bun whole pushing it up against the back of the head.
Friday 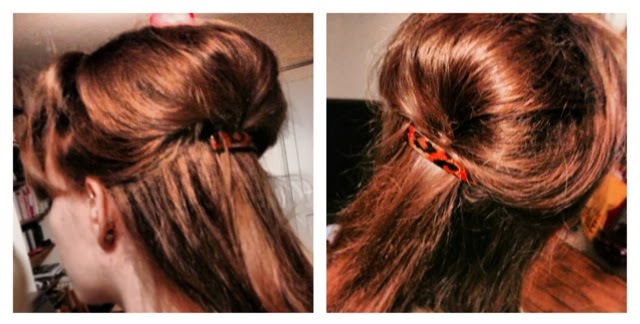 half up
Very easy, I take half of my straightened hair from the top of my ears, backcomb, twist it and push it up against my head, then put one metal barrette in place to grip it. And then I get rained on on the way to work and remember why I always wear it up.
I’ve never done a hair tutorial before because I take nearly all of my photos myself, but maybe if someone asked I’d give it a go!

About one girl’s unrelenting fondness for vintage-inspired style, mixed with everyday adventures. My true love is the 1950s and most of my blog posts are in some way related to mid-century style.

Outfit: let’s hear it for the shorties

END_OF_DOCUMENT_TOKEN_TO_BE_REPLACED

We use cookies to ensure that we give you the best experience on our website. If you continue to use this site we will assume that you are happy with it.Ok